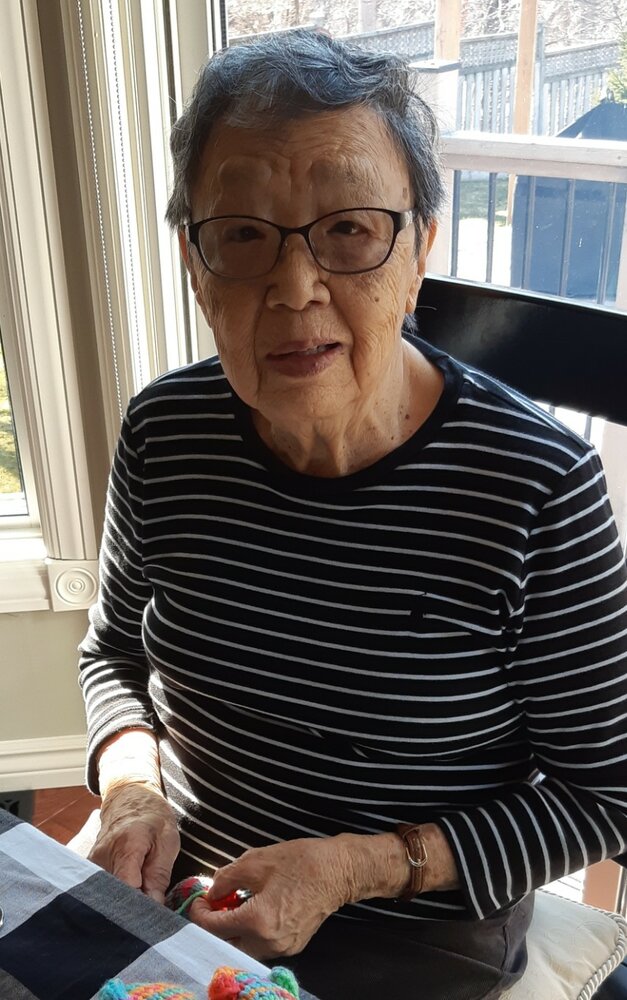 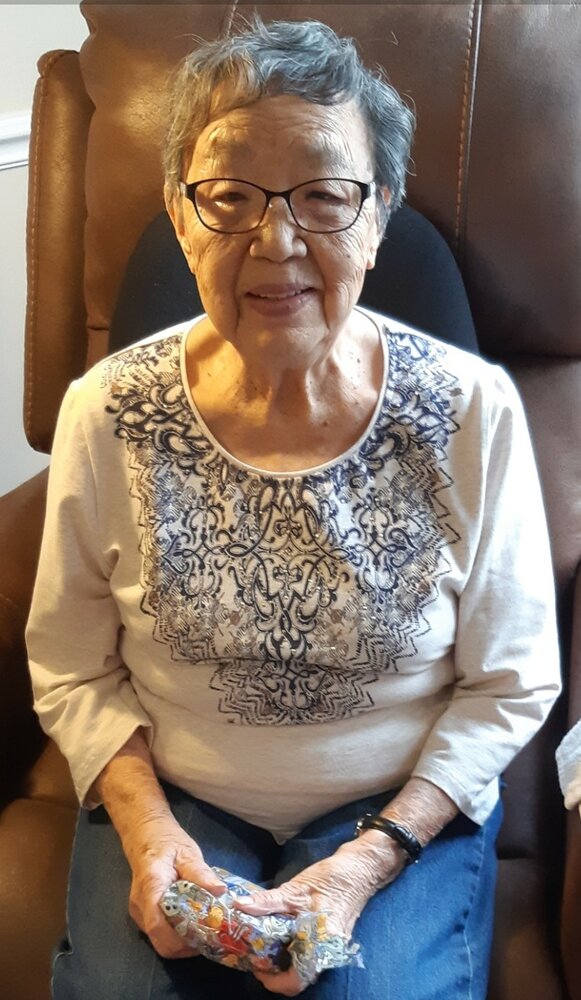 Miyoko passed away on December 18, 2021, in London, Ontario, at the age of 97. She was predeceased by her parents, Mokichi and Tomoye Sakiyama; by her husband Masashi in 2010; and by her siblings, Mel, Shig, Min, Hiroko, and Al. Miyoko is survived by her son Stuart (Shannon), and her daughter Rae (Bob). She was grandmother to Kristin (Mike), Mitchell (Nicole) and Miyoko, and great grandmother to Cole and Foster Mumby, and Braxton and Cash Clemens. Also left behind are nieces and nephews in B.C., Manitoba, and Ontario, as well as relatives in Japan. Miyoko was born in Haney (Maple Ridge), B.C. Her family was forced to leave their B.C. farm in 1942, along with over 20,000 Japanese-Canadians during World War II. They were moved inland to Manitoba, to work on a sugar beet farm. In 1949, she married Masashi in Winnipeg, where they lived until moving to Thunder Bay in 1957. Like many Japanese women, Miyoko went to sewing school to become a seamstress, sewing clothes for friends and family, and later for department stores. She enjoyed odori (Japanese dancing) and mizuhiki (a Japanese decorative art) with friends at the Japanese Canadian Cultural Association in Thunder Bay. After Masashi died, she moved to London to live with her daughter, and later in Longworth retirement home. She expanded her artistic skills in her 90s, learning to quilt and paint. She also knit hundreds of mice for Kitty Kare, a cat rescue her niece co-founded in Thunder Bay. The family would like to thank the staff in the Palliative Care Unit at Parkwood Institute for their kindness and compassion before her passing. Cremation has taken place and her ashes will be interred, along with those of Masashi, at Mountain View Cemetery in Thunder Bay where they spent over 50 years together.

Share Your Memory of
Miyoko
Upload Your Memory View All Memories
Be the first to upload a memory!
Share A Memory