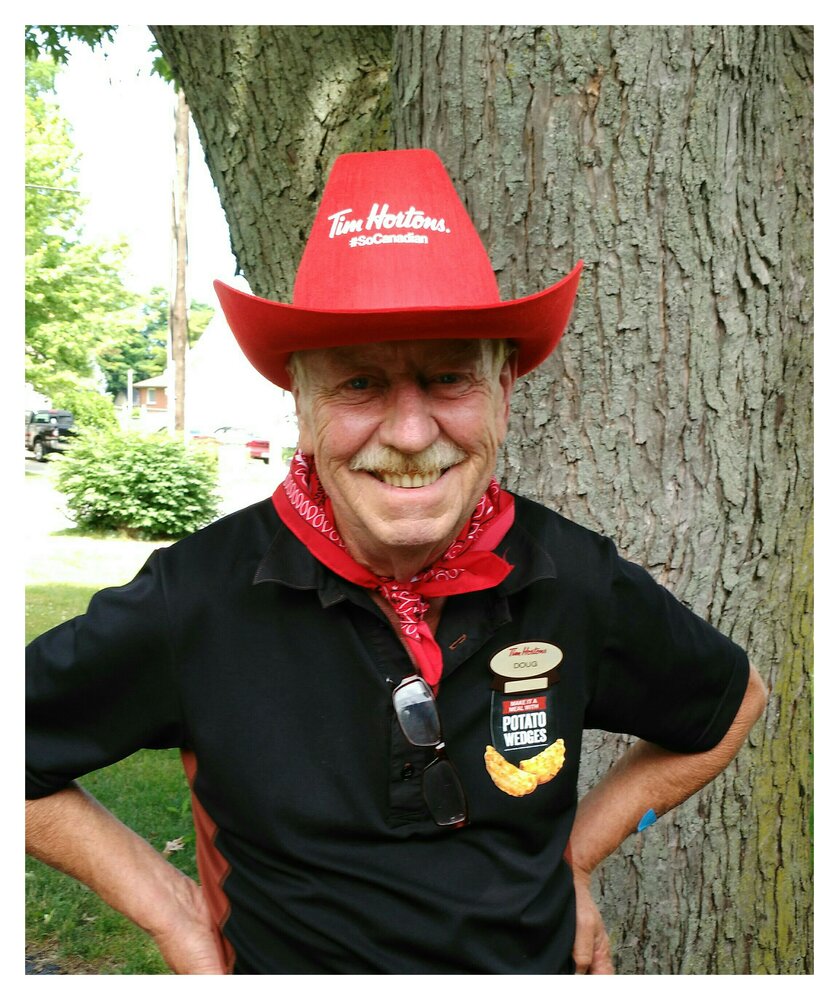 DOUGLAS CHARLES BROWN May 21st, 1949 – April 16th, 2022 Peacefully, at University Hospital on Saturday, April 16th in his 73rd year, Douglas Charles Brown of Mount Brydges. Son of the late Mervin and Lois Brown. Survived by his sisters, Penny Brown, and Patti (Mike) Corcelli, of London. Loved uncle of Gavin (Shelby), and Tracie Corcelli, of London. One month shy of being promoted to Great Uncle. Will be missed dearly by many other relatives and friends across Canada and the United States. Doug was known for his great sense of humour, his passion for cooking (so long as others were around to clean up the mess), and his undeniable wit and sarcasm. Doug was a simple man so, per his request, cremation has taken place and there will be no formal service. In future, he will be laid to rest at the Coldstream Society of Friends Cemetery. In lieu of flowers, please consider donating to the Canadian Cancer Society,www.cancer.ca, the Alzheimer Society - Southwest Partners, www.alzswp.ca, or another charity of your choice.

Share Your Memory of
Douglas
Upload Your Memory View All Memories
Be the first to upload a memory!
Share A Memory