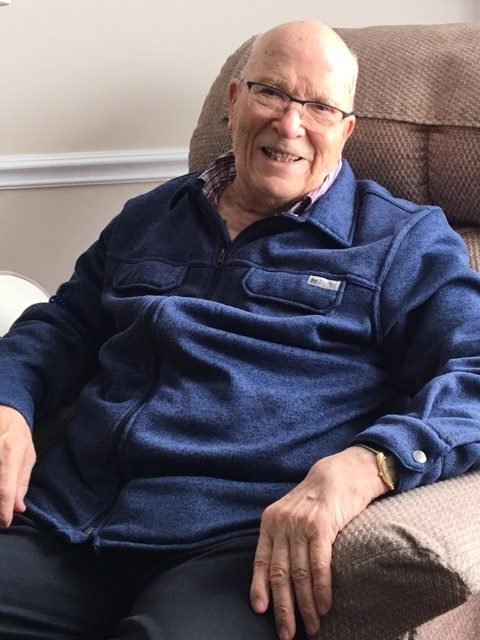 At London, Ontario on March 29, 2020 age 92. Beloved husband of Laura Jean (nee Brown) Cullis. Beloved father of daughters: Catherine Hewer (Jim) of London and Patricia Boyd (Jonathan) of Brampton. Proud Grandfather of Beth Castelluccio (Joseph) of Oakville, Sharon Dupeyron (Franck) of France, David Hewer (Lawren) of London and Michelle Evans (Nick) of Edmonton, Catherine Boyd of Calgary and Ruth Boyd of Brampton. He was the Great Grandfather of Lucy Dupeyron, Michael Castelluccio and Norah Evans and the brother of Lois Cullis. Following his 18th birthday John enlisted in the Canadian Army and eventually became an officer in the Argyle & Southern Highlander Regiment in Hamilton. He spent many hours training new cadets as part of his involvement with the military following World War 2. Being an avid sports enthusiast, John excelled in Basketball. He played on many teams in his formative years and went on to coach many high school teams throughout his teaching career of 37 years. John’s teaching career took him to Peterborough, Hamilton, Stayner and finally to North Bay. Here he was the first principal of Widdifield Secondary School and finished his career as principal of West Ferris Secondary School. John’s enthusiasm touched every aspect of his life from his love of his family, education and coaching, his involvement at First Baptist Church, Rotary Club and Masons to his zeal for travel, golf, skiing and computers. A private family funeral will be held in London Ontario at a future date. In lieu of flowers memorial contributions to First Baptist Church, North Bay or Samaritan’s Purse would be gratefully acknowledged.

Share Your Memory of
John
Upload Your Memory View All Memories
Be the first to upload a memory!
Share A Memory