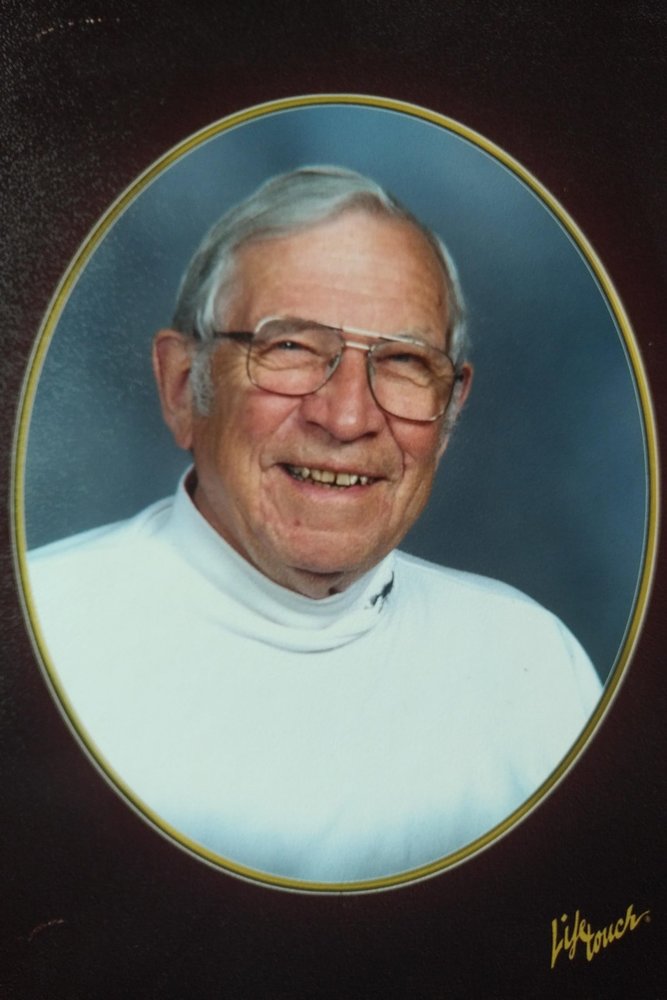 When: Cremation has taken place

Dr. Albert Bentley PhD passed peacefully on Friday January 22, 2021 in London, Ontario. Born on December 11, 1928 in Farnworth, Lancashire, England. Loving father of John of Toronto; Ann (David) of London; and Margaret (Robert) of Cambridge. Adored Grandfather of Emily, Philip, Stuart, and Hannah. Predeceased by his wife Marjorie, grandsons Tyler and Lyndon, and parents Albert and Florence. Albert studied chemistry and physics at the University of Manchester (BSc, MSc) and then Nuclear Physics at the University of Wales (PhD). In 1953 Albert and Marjorie came to Canada through the Canadian National Research Council and emigrated permanently five years later, arriving in Cornwall. The family moved to Montreal, then Markham, and finally settling in Uxbridge where Albert spent most of his time after Marjorie passed in 1982 keeping busy with a never-ending succession of new hobbies and projects. Albert moved to Fergus in 2002 where at the age of 75 he decided he was too old for a motorbike but perfect age to purchase his first ATV – and promptly took it upon himself to act as the neighborhood snow removal. A gifted student and innovative mind – his accomplishments were immense. A dedicated father, husband, and grandfather, his greatest joy was his family. Albert had a fascinating life but was immensely aware of his privilege and never forgot his humble beginnings as a child during the war and used his experiences as lessons for those around him. Cremation has taken place. In lieu of flowers, please consider a donation to http://my.sickkidsdonations.com/AlbertBentley to support research into Adrenoleukodystrophy (ALD), which Albert’s grandsons Tyler and Lyndon both suffered from.

Share Your Memory of
Albert
Upload Your Memory View All Memories
Be the first to upload a memory!
Share A Memory